Samsung Mobile has officially announced Andriod 4.0 Ice Cream Sandwich update for their popular S II model. This update will be available for the market of European countries including Poland, Hungary and Sweden, as well as Korea. And will be available soon for other countries. 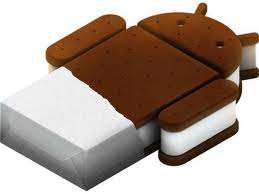 The availability and scheduling of the software update and specific models upgradeable to Android 4.0 will vary by market and wireless carriers’ requirements. They have announced it on Google+.

So friends lets upgrade your device if available in your area. And not then wait for some time to be available for your country.