Do you got unknown words frequently? The problem persists that where to find words definition or translate word to another language. If you use paper dictionary than it would be too difficult to find the word over a big pages with alphabetic. Actually this problem persists when we are on travel. Because on the go we are not sure whether we will get internet over roaming or wifi in the area. The situation will be critical without internet connectivity on your android phone or tablet as you can’t access google translate or other apps on your android phone, For avoid this type situation you should download “Offline Dictionaries” App on your Android Phone or Tablet.

You need to download this app from here. After installation of App on your device, Open the Offline Dictionaries App, it will ask you to download available dictionaries in almost all languages. Tap on the dictionary you want to download to your android phone offline. 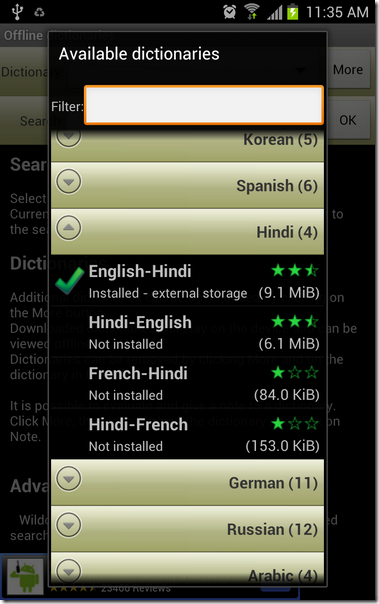 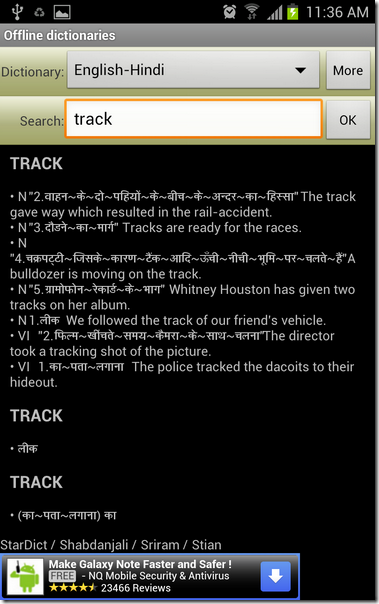 Definitions can be read by the device using a text to speech module (some devices don’t support this and some languages may not be available). This application is free of cost and shows ads on app interface but ads don’t disturb you or You can buy pro version of this offline dictionary app.

Note: first INSTALLATION of BIG DICTIONARIES can be SLOW. Just WAIT for the progress window to be closed. No action is required.

This App and works great on my Android phones and this is best offline dictionary app with rating of 4.3 on Google Play Store. It is really treasure of language translation with multi-lingual support.

If you have Questions you can ask them in comments below.