The HTC One is most beautifully designed Smartphone. It was officially released in march 2013. After two months of worldwide launching it sold up to 5 million units in market. The HTC One is a successor to HTC’s 2012 flagship phone, The One X – A device mostly praised but the One X was commercially unsuccessful due to poor making, features or Competitive devices Samsung Galaxy SIII or Apple iPhone 5. But HTC One is a beauty that attract customers on first look, no other Android phone is beautifully designed like HTC One.  Alongside beautiful design it has Android 4.1.2 with HTC’s custom designed home U/I (User interface) who gives unique and easy handling experience.

Below is review of HTC One Smartphone –

The first time you look HTC One – your mouth word will be “wow…”,  The HTC One is most beautifully designed Smartphone in current market. The is unparalleled In hardware design. It is fully covered by Aluminum from back side, each unit taken sufficient time for furnishing on Aluminum body. You will be able to design nuances when you hold it in your hand. It has rounded corners and chamfered edges, and feels very thin (9.3 mm thickness) . 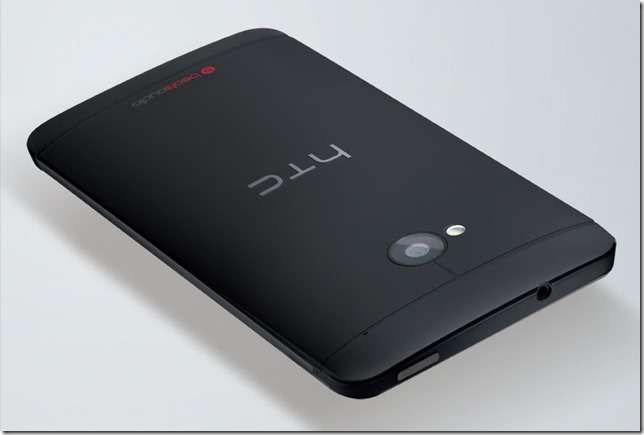 On the front side of HTC One you find the super LCD 3 screen with Gorilla Glass 2 on it. Above and below the screen have speakers lattice to give genuine stereo sound.  The front camera is available on top of the phone screen, It is 88-degree wide-angle for better video when chatting. It has two capacitive buttons- Home and Back. The power button is on the top of phone, The micro USB port is on bottom of the phone.

In design it is most beautiful phone till date. There is no confusion about phone looking & build quality.

The 4.7-inch display with 1080p (1920×1080) pixels spread over 4.7-inch Super LCD 3 display. It contains 468 pixels per inch (PPI), which is highest pixel on a mobile phone till date.  You can’t view pixel on-screen through naked eyes. The display is nestled under Gorilla Glass 2, so it is scratch resistant.

Above are the connectivity options for HTC One Android phone.

The HTC One comes with Android 4.1.2 jelly bean and Sense 5. HTC’s own customised Android UI includes some custom apps and home screen, while Stock Android ROM is available for HTC One. Recently HTC One  getting Android 4.2 OTA update in some countries and soon it will be available for worldwide HTC One users.

Additionally i won’t tell you about software & apps because Android is most popular & smart mobile operating system, it is beautifully designed and easy to use and no need to worry about apps. Because thousands of apps are available on Google Play Store.

The HTC One is powered by 1.7GHz Qualcomm snapdragon 600 processor with 2GB of RAM  and Adreno 320 GPU for graphics processing. It comes with two variant 32GB & 64GB inbuilt storage. Only China & Japan variant of HTC one has MicroSDXC expandable memory up to 64GB. So there is no doubt about performance of phone on Android 4.1.2 or 4.2 version.

HTC One is faster when browsing, playing videos and gaming on it. It consumes less time to open/close or  switch between apps. The sound quality on HTC One using beats audio which provide amazing listening experience of headphone or on phones inbuilt stereo speakers. The sound quality  is unmatched.

The HTC One comes with a 2300mAh battery, and it provides a day battery backup on normal usage. Battery backup depends on many factors. Although backup is sufficient comparing to other smartphones available in market.

In designing HTC One won from current competitive devices, Hardware is also latest & faster, display of HTC One is 468PPI which is highest among current flagship devices and it contains 4-megapixel camera which will capture low resolution picture but quality of pictures is awesome. So it is very good smartphone available in market. If you planning to purchase a smartphone than it would be good option for you.

If you have any questions you can ask them below in comments.

One thought on “HTC One Android’s Beautiful Smartphone Review”