Micromax is an India Smartphone manufacturing company. It is very popular among customers who want all latest Smartphone features in economic prices. Now lenovo also launching Smartphone with competitive pricing but Micromax has been for few years in this game.

It is a Light Smartphone with slimmest ever body. It has only 5.1mm thickness of body. It has 97 Gm weight only which makes it compact in size. Its body has been made of Aircraft grade aluminium. It is a double colour aluminium oxide metal in it. 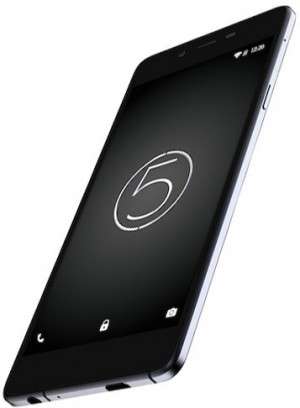 This Smartphone also has popular Qualcomm snapdragon 410 processor to make it faster processing Smartphone. It has also 2GB DDR3 RAM in it which has advanced processing speed in comparison of normal RAM. It has 16 GB of internal storage memory.

This is 2nd 4G/LTE Smartphone from Micromax Company. Seeing the future possibilities of 4G launch in India it worth to have 4G network capability in it. Users will needed to use Nano sim in this Smartphone.

It has 4.8 inch display size which is medium size screen display. It has Separate touch sensitive layer in AMOLED display. The Smartphone display has 8 million contrast ration in Smartphone screen. It has 720 x 1280 pixels display with 306 ppi pixel density. It has Corning Gorilla Glass 3 on screen.

It has primary camera of 8 MP and secondary camera of 5MP. It has camera powered by Sony IMX219 camera sensor. The camera is perfect to take nice looking pictures at night as well. You can take panorama view for wide angle picture taking.

It has Dirac HDSound which gives louder sound with deeper bass. It has high density lithium Polymer 2000mAh Capacity battery. Company does claim that this Canvas Smartphone is made to faster processing with less battery power consumption but personally I don’t believe it is enough mAh in battery to longer usability. Let’s hope it will work fine for users.

Micromax has also announced new service policy for any issue found Canvas Silver 5 Smartphone. Traditionally one need to visit service center with Smartphone then they call us back regarding Smartphone issue and after repairing one has to collect that Smartphone from particular service center. In new a door-step phone service policy for Canvas Silver 5 Smartphone users can lodge complaint via website. The device will be collected from home or office and after repairing delivered back to your place in 7 days.

Let me know below in comments if you have any questions, suggestions or feedback about the post.