Samsung unveiled it’s latest Smartphone Galaxy S4. The Galaxy s4 is upgraded version of Samsung Galaxy s3 in Galaxy S series Smartphone. The Samsung introduced many new features in Galaxy s4 which makes it most smart and advance device in SmartPhones. These new features i never seen in any smartphone till date, so it is most advanced device by Samsung in this time. The Samsung S4 has Samsung’s Exyons 5 Octa system on a chip (Soc) processor based on ARM’s  heterogeneous big.LITTLE architecture which improves efficiency, power backup and performance. 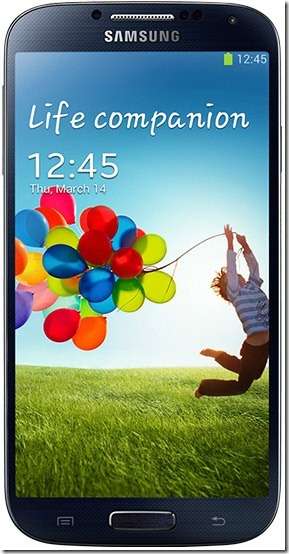 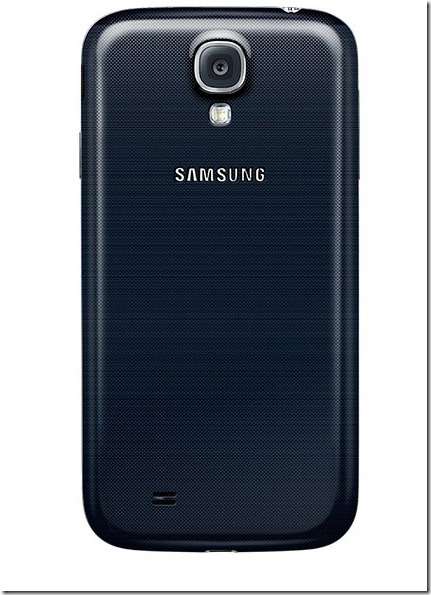 It comes with 2600 mAh battery user replaceable. It will provide power backup for a whole day or more backup for moderate user. You can get optional wireless charging for Galaxy S4.

The Samsung Galaxy S4 has 13 Megapixel rear camera and 2 megapixel front camera. It supports 1080p full HD recording @30 fps. You can snap picture with sound, it allows you to automatically record sound for nine seconds while you take a shot. In manual mode, you can pair a longer recording with an image, though the sound is captured after the image is snapped. It can capture both side with a single click. It supports dual camera when video calling.

It has Airview feature which let you open pictures when you hover finger on picture, so there is no need to touch screen for viewing pictures and Airview gesture can be used for next/previous picture, sound and video. It detects user eyes for scrolling when browsing or when viewing videos you look another side video will be paused and when you see back on screen video will be play. If you not looking on screen for a long time then screen will be locked automatically. It uses sensor and camera for all these. The touchscreen can be used by with gloves. The Samsung Galaxy S4 S Band is an accessory that works on the S Health app and can be hooked up to the Samsung Galaxy S4 phone. It’s fitted with a pedometer and helps track the your steps, distance travelled, sleep efficiency and calories burned.

The Galaxy S4 is really have new features whose are not available on another mobile device. So you  should go for Galaxy S4 because it worth.