Today i have installed iOS 5.1 on my Apple iPad 2. This update is 206 Mb in size. I used direct update on my iPad using Wifi in my office. 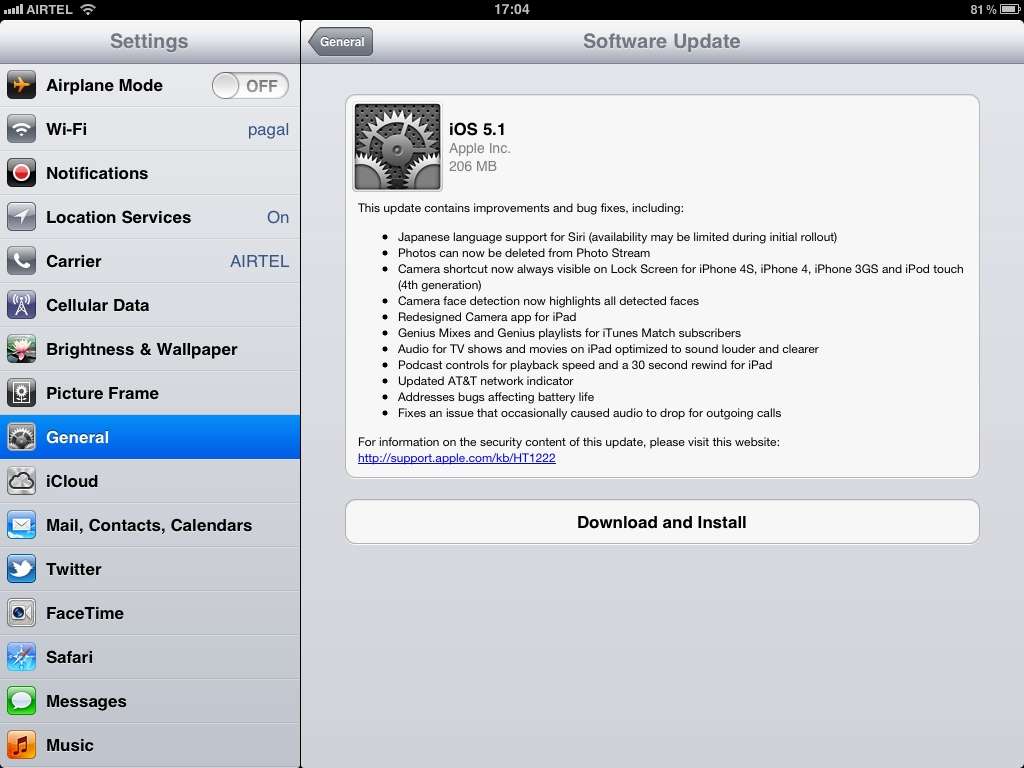 iOS 5.1 brings a number of improvements and bug fixes, including the previously-announced Japanese language support for Siri, a redesigned camera app for iPad, the ability to delete individual photos from Photo Stream and, somewhat curiously, an “updated AT&T network indicator.” What’s more, as previously rumored, the camera shortcut is now also always visible on the lock screen for iPhone and iPod touch users.

If you have Any questions ask in comments Below.