What is a character map tool in windows? answer is simple. it is system tool of windows. Its used for keyboard input using Alt + Code for any special character. Special characters can be used in any document using character map easily. Or if you know the Alt + code for particular character then its plus point at your side. You can do quick typing if you can remember that Alt + Code.

2. Secondly You can click on Windows Icon. Type  ‘Charmap’  & search. You will see character map program in results.  As you open character map, It will open this way:- 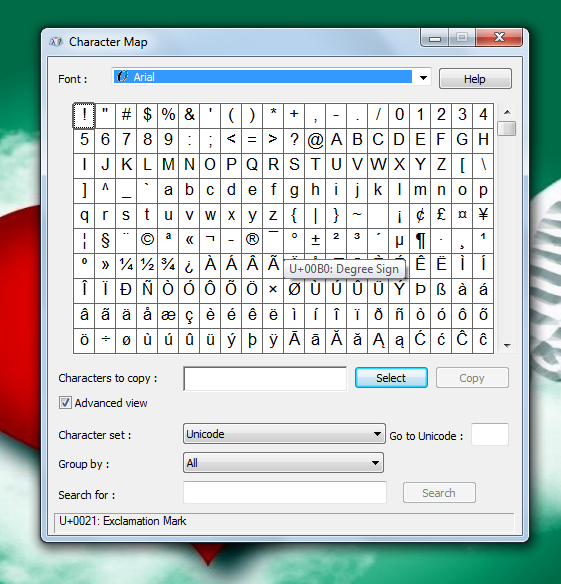 How to use character map?

By selecting option Advance View in character map you can find unicode characters coding as well. It may be useful for some kind program making for developers.

Character map has a special feature for you to put private character in documents. How to do this is below:-

Click Windows Icon >> Search private character editor ,  There will a program appear in search results. Click on that & it will open for code selection. There you have to select a code in a chart as below. 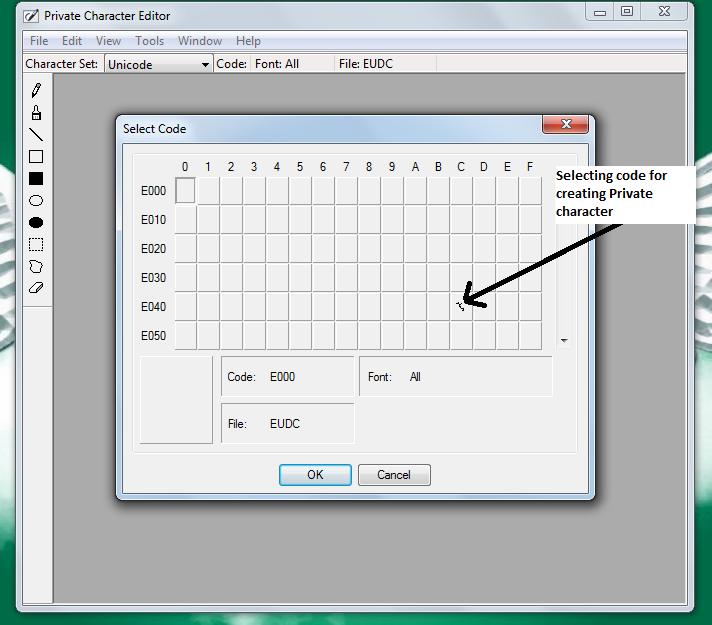 In above picture you see two type numbering in X,Y directions. As you seeing there is  E04C code place in chart which is pointed via arrow. Select & click ok. Then there will be next screen like as below:-

Here you can create custom character using tools like as you do with paint. You have brush, rectangle shape tool, Ellipse Tool, Erazer, Lining tool, Selection tool etc. to create your custom private character. Simply create private character of your own. After this save the character via CTRL + S or EDIT >> Save.  There is all other editing tools as well for making it cool.

Now your personal character has been stored in character map. Simply do find it as in below picture:- 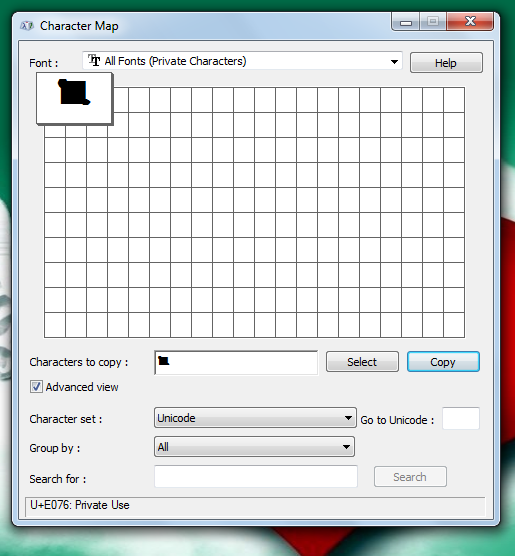 Now in character map select from font drop down. There is option seen as picture “All Fonts (Private Characters)”.  Now we have the character which we created as private character. We can use it simply as we use all other character map characters.

What basically we can do with character map tool :-

2 thoughts on “what is a character map? Using Special characters, Creating Private Characters”