Microsoft has invited developers to test Windows 10 features in its pre release version. It has come up with many new features adding to it. It has also improved some things which missed in Windows after Windows 8 version. We have tested some of its features which is below.

Microsoft has admitted its mistake to ignore Start Menu in previous versions. Now it has come up with start menu with new look and old interface like Windows XP. Every OS is popular for its specific UI & performance.

Earlier windows were popular with its one click start menu access providing to programs, utilities and other stuffs on a pc. Personally I do appreciate this feature seeing back in Windows 10 features. You can pin more apps in Start Menu free space. You can make start menu full screen also in it. 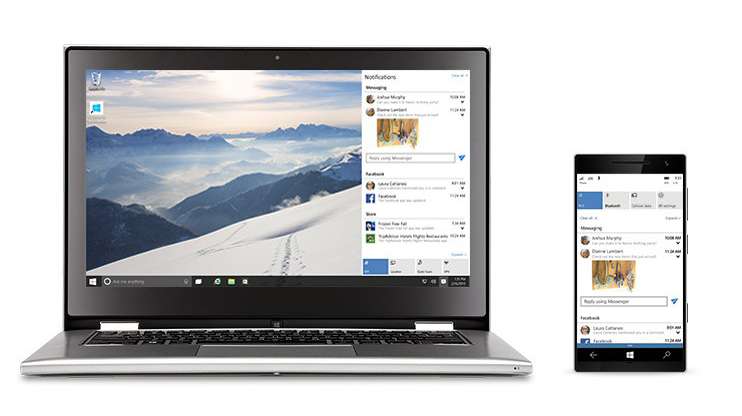 Personally I was fed up with its old app Store in Windows 8. In Windows 10 it doesn’t cover full screen to find apps and install them. It fits in start menu with resized look of app store and other programs. It makes you feel like older windows versions are having new app installation feature added to it.

Windows 10 has Tablet and Desktop view switching feature in it. When you are using a hybrid device and you remove keyboard from it. It will ask you to switch to Tablet view. Thus it is useful take benefit of custom UIs of tablet and PC differently on same device.

We have used multiple desktops on Apple Macbooks. It provides more space and convenience to do tasking on a PC. In same way Windows 10 has bring new feature for multiple desktops. To use it press Windows key + tab or Task view button (two rectangle button) on taskbar. Here you can add new desktop to it. You can add as many desktops as you require.

It has nice voice command feature named Cortana to task on it.  If you are familiar with Google voice search or Apple SIRI it is much like that feature. Below video explains it easily.

Windows Hello is a biometric authentication system. It uses Iris, Face recognition, finger print authentication to let you use your devices. It has many other features to ensure your security while using Windows OS. Read more about how to make secure PC with windows Hello.

It is a pre-release software version for testing and finding bugs on it. It is said that it will be free upgrade offer for Windows 7, Windows 8.1 and Windows Phone 8.1 versions for first year. But still it is hidden what will be charge structure of it after one year.

Once a user gets Windows upgraded they are promising lifetime support for it. It will make sure to fix bugs, performance issues and security threats on the OS for lifetime.

It is place for seeing all kind device notifications including security, alerts etc. It has also option for setting up business and personal data security safer and separately. It has been improved since Windows 8 version. Now you can see all notifications vertically at right hand side on device with an ease. It has tiled options at bottom and various notifications at above section.

It is one of the innovative windows 10 features. It will make 3D interactive holographic displays possible to do computing with a holographic glasses named Microsoft HoloLens. It will create holographic displays adjoining with real life things like wall, table, floor etc. It is much like seeing display on air via an eyeglass. Windows 10 has come up with features and support for Microsoft HoloLens hardware. No doubt it will work smoother with a device made by Microsoft itself.

After clicking on start menu you can directly start typing for searching in PC. You can choose to see/hide search icon from options. When Start Menu is open you can press any key to start searching in PC. It is one of improved windows 10 features for devices.

Yet the final version has to come up. We can hope many improvements added to its final product. Overall it show Microsoft leading to a service based platform with involvement of many other developers. It is good signal from Microsoft to enrich its products with abilities of mass community of developers.

Have you experienced some other windows 10 features? please Let us know below in comments.