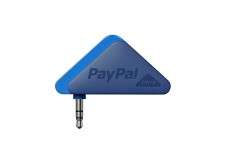 The Online global payment solution Provider PayPal Announced its new Service  PayPal HereTM, Accept Card Payments Using PayPal Here – Android, iOS App . Although this service is will be available soon for you. At this time, PayPal Here is exclusive release but you can be the frist in line when it becomes publically available soon. For getting updates visit PayPal here Official Page www.paypal.com/here then click on notify and fill your details and you will be notified when it is available for you. PayPal Here is the world’s first Read More

Instagram for android phones is Coming Soon for you. Instagram is a popular photo sharing app. Via this app you can take photo and can edit later with special effects. Instagram has its own social sharing platform as well. Where users can share there photos in a easy way. In July 2011 Company has reported that 100 million plus photos had been uploaded by users on instagram platform. And its quite growing community so far. Although there are many other applications as well for such kind image editing but instagram Read More

Samsung Mobile has officially announced Andriod 4.0 Ice Cream Sandwich update for their popular S II model. This update will be available for the market of European countries including Poland, Hungary and Sweden, as well as Korea. And will be available soon for other countries. Beside this they have also offerered Android 2.3 Gingerbread firmware upgrades for GALAXY S, GALAXY Tab 7″, GALAXY S Plus, GALAXY S SCL (Super Clear LCD) and GALAXY W from end March. The firmware upgrades for GALAXY S, for example, include Face Unlock, Snapshot, Photo Read More 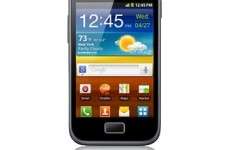 The Galaxy Ace Plus has quite a few additional features over its predecessor. First, Ace Plus has a bigger 3.6 inch display but comes with  480 x320 pixels resolution like that of Galaxy Ace. The new smartphone has also a powerful 1 GHz single core processor as compared to the 800 MHz in the earlier version. The operating system has been updated to Android Gingerbread. Also, since Galaxy Ace Plus has a bigger 1 GHz processor, Samsung may upgrade the phone to Android Ice Cream Sandwich in future. Samsung Galaxy Read More 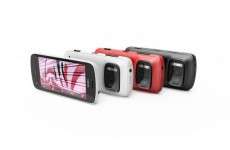 Nokia has launched mobile phone with 41-megapixel camera in Barcelona MWC, Which is highest resolution camera in a mobile phone till date. Nokia sets a new industry standard with the first in a range of high end experiences based on exclusive Nokia PureView imaging technologies. This is the first smartphone to feature Nokia PureView imaging technologies, bringing together high resolution sensors, exclusive Carl Zeiss optics and Nokia developed algorithms, which will support new high-end imaging experiences for future Nokia products. The Nokia 808 PureView features a large, high-resolution 41 megapixel Read More

Nowadays its time to Mcommerce. Mcommerce is doing transactions of goods & services using mobile devices. There are many things which can be done easily via these devices. Its making available e-shopping on mobile devices.In western countries these kinds of services are very common. UK has above 90% ratio of mobile banking users. But in areas like developing countries are still have to improve this ratio. For example in INDIA all services are in just primary stage. They are being introduced these days. Airtel money concept will bring you shopping Read More 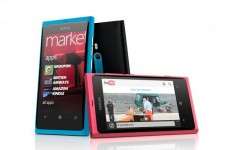 Here are all Windows 7.5 Mango phones available in India till feb. 2012. Below are The Windows 7.5 Mango Phones are available in India:- HTC Radar™ with WP 7.5 Mango : The HTC Radar™ helps keep you close to the people, news and entertainment that matter most. Capture life’s memorable moments with its powerful camera, then share them easily. The People Hub keeps you up to date with your friends’ latest news, social network updates and photos. You can also stay in touch using SMS, Facebook chat and Windows Live™ Read More 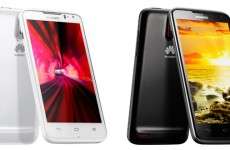 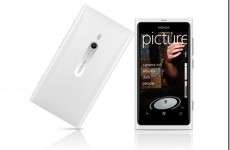 Nokia Lumia 800 is a Windows Phone Operating System powered Smartphone. This is first Nokia’s phone to run Windows Phone OS as a part of the first wave of Windows Phone devices to be released by the company as it shifts focus from the Symbian and MeeGo platforms for premium priced phones. The design of the Nokia Lumia 800 is based on Nokia N9 that is made from polycarbonate plastic. But it was for others to decide. The N9 was ordered to share its impressive unibody design with the Lumia Read More

The  Galaxy Nexus™ is a Android Smartphone developed by a partnership between Google and Samsung, For providing better features and internet connectivity using both companies engineers. The Galaxy Nexus has HD (720p) Super AMOLED display with curved glass, an improved camera system, and Google’s new version of it’s Android OS(Version 4.0). The Galaxy Nexus™ was unveiled at Google and Samsung’s Ice Cream Sandwich event on 19 October 2011 in Hong Kong. . It was released in Europe on November 17, 2011, and it will be launched in March in Indian Read More