The iPhone is a series of most popular smartphones in all over world. It is designed by Apple Inc. It runs on iOS most advanced mobile operating system. Previous releases are iPhone (2g), iPhone (3g), iPhone 3Gs, iPhone 4 and iPhone 4S. Now Apple’s latest smartphone is iPhone 5 unveiled on 12 September 2012 with many of new features and it is powered by latest iOS 6 Mobile Operating System. Design of iPhone 5 The iPhone is 22 percent smaller, 20 percent lighter and 18 percent thinner than iPhone 4S. Read More

Apple has changed the way we think about technology. Before this revolution applications on mobile phones weren’t so much popular. Although there were some apps available from Nokia to install & use in top models till year 2010. Now everything is changed, Apple,  Samsung, Blackberry are looking for apps world improvements. Apps world popularity is also considered today as a achievement & plus point for a device. Here we have tested some of the Useful and Best iPhone Apps List for You :- S.No. App Name Category/ Use of App Read More

Apple Previewed its latest iOS 6 on monday, it adds more than 200 new features to its most advanced mobile operating system iOS. Currently iOS 6 is in beta version. It will be launched later this fall. Apple claims that he is adding 200+ more features to iOS 6, including Siri enhancements and Facebook updates. Below are the main iOS 6 Features: Improved Maps Apple removed Google maps in iOS 6 mobile OS. Now apple is using self designed maps, Maps will give you turn by turn spoken direction on Read More 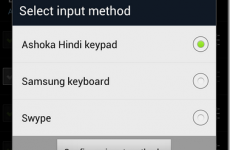 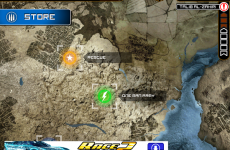 Playing games on iPad or iPhone is very comfortable, entertaining, adventures. Playing games on these devices make feel us as we are playing it in live. There are many popular games for these devices. All kind category games have better experience with playing on these devices. FLCommando FLCommando is a shooting game which is specially designed for iPad or iPhone devices.  In this game you have role of a commander. Which have many missions to complete. Some of them are rescue related. Some are related to clear terrorist places with Read More 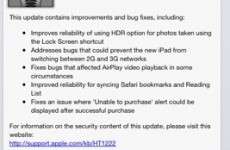 iOS 5.1.1 is officially available for download you can update your iPhone, iPad using iTunes or inbuilt update option on iOS device. Today I updated my iPad to latest iOS 5.1.1 . This update contains improvements and bug fixes, including: – Improves reliability of using HDR option for photos taken using the Lock Screen shortcut – Addresses bugs that could prevent the new iPad from switching between 2G and 3G networks – Fixes bugs that affected AirPlay video playback in some circumstances – Improved reliability for syncing Safari bookmarks Read More 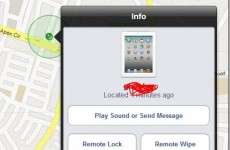 Do you know that your iOS device comes with inbuilt device tracking using GPS and internet. This service is  called “Find my iPhone” service in iOS 5. I used this service and it let me to find my iOS device on lost of it. This service helps to secure content on device because you can remotely find device address or you can send device wipe message over internet. After device wipe you will be able to get all of your content to iCloud Storage.  You need to do is setup Read More

If Someone asks what is Apple iCloud service? My answer is ” It is a cloud created by Apple inc. to users. Users can get benefit from the cloud in live updates. This cloud is created on use of all devices content in real time on any device supported by this.” Its a service from Apple to have users experience of feeling cool in time they are surrounded by many gadgets, devices. They have not to worry about every device update they might willing to do. Why Apple iCloud is Read More 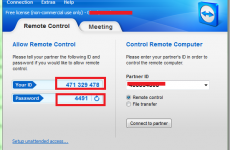 If you want to access any computer remotely on your iPad or iPhone then team viewer is best option for you. It let you access your windows, mac computer on your iPad/iPhone and other mobile devices like Android Phones or Tablets. Usage of Remote Access Computer on iPad, iPhone Using Team Viewer – Support your clients and colleagues spontaneously. Access your office desktop with all of its documents and installed applications. Remotely administer unattended computers (e.g. servers). Free for non-commercial use: support family and friends or have remote access to your Read More 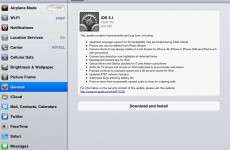 Today i have installed iOS 5.1 on my Apple iPad 2. This update is 206 Mb in size. I used direct update on my iPad using Wifi in my office. iOS 5.1 brings a number of improvements and bug fixes, including the previously-announced Japanese language support for Siri, a redesigned camera app for iPad, the ability to delete individual photos from Photo Stream and, somewhat curiously, an “updated AT&T network indicator.” What’s more, as previously rumored, the camera shortcut is now also always visible on the lock screen for iPhone Read More